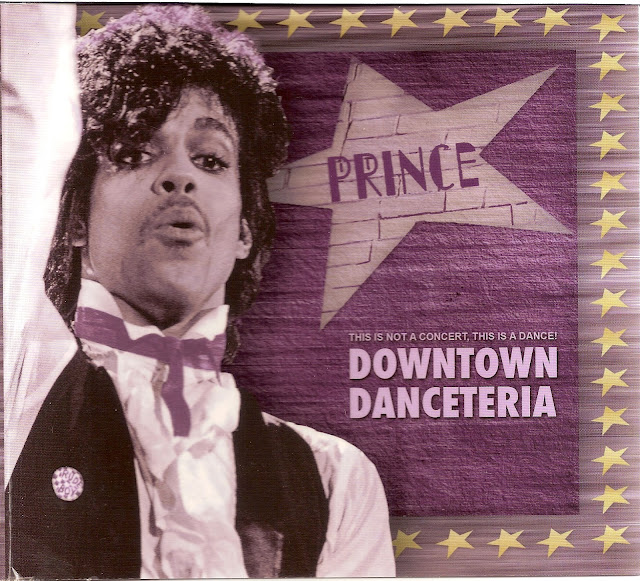 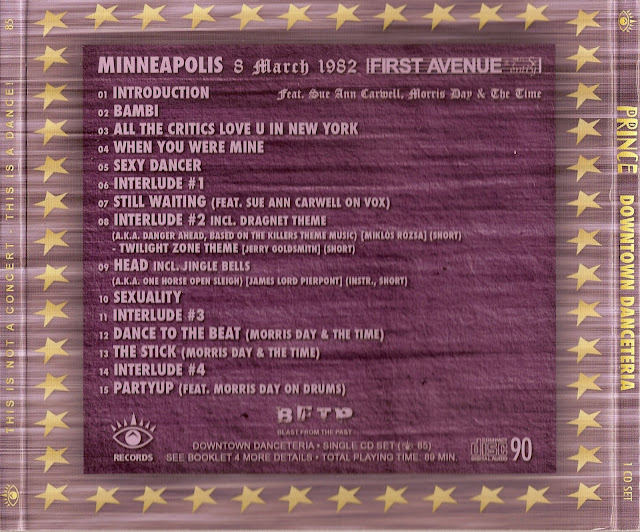 Comments
Fink's Comments  (rates this release 4.5/5.0)
Already released by 4DaFunk in late 2008 on 'First Avenue '82 v2.0', this is simply that 2CD release on a single, pressed 90 minute disc. To my ears there is no improvement on the actual quality of the recording, and the only noticeable audio difference is the fade in/out between disc 1 and disc 2 of the 4DaFunk release has been rectified somewhat to fit onto a single disc. Other than that, there really is nothing worth commenting on that I didn't already say a few months ago when it was released for the first time. For all comments regarding the show/recording see the 4DaFunk release 'First Avenue '82 v2.0', and anyone who already has that release really shouldn't be in any hurry to grab this particular single disc version unless you like your discs pressed with artwork.

Talking of which, this release comes in either a normal jewel case or a glossy fold-out digipack, both with a 10 page booklet with snippets of info regarding the band, the tour dates from the Controversy show and a run-through of the 8th March First Avenue show (with hefty passages borrowed from my own fabulous review, I may add). I like this release purely for the show content, and even though it remains audibly identical to the previous (free) version, the show is such that it really deserves a pressed release and I can't complain that "Eye" pounced on the recording and released it as their own without crediting the label who made that possible.

Email ThisBlogThis!Share to TwitterShare to FacebookShare to Pinterest
Posted by plumdusty at 7:47 AM

Email ThisBlogThis!Share to TwitterShare to FacebookShare to Pinterest
Labels: Prince