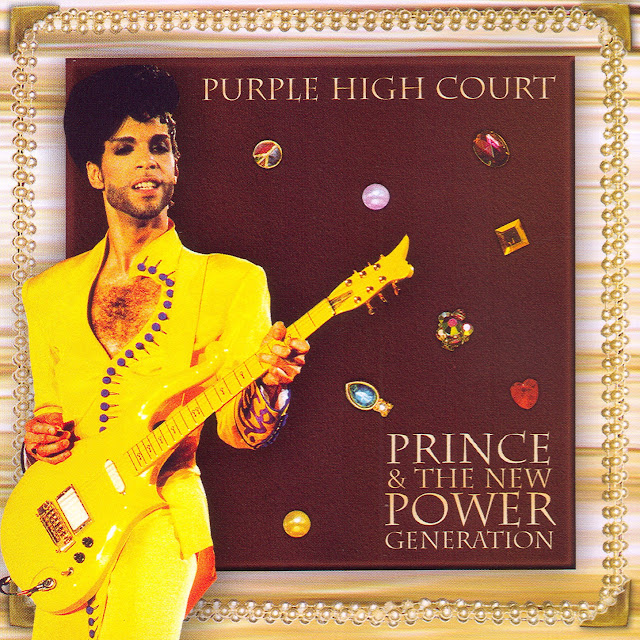 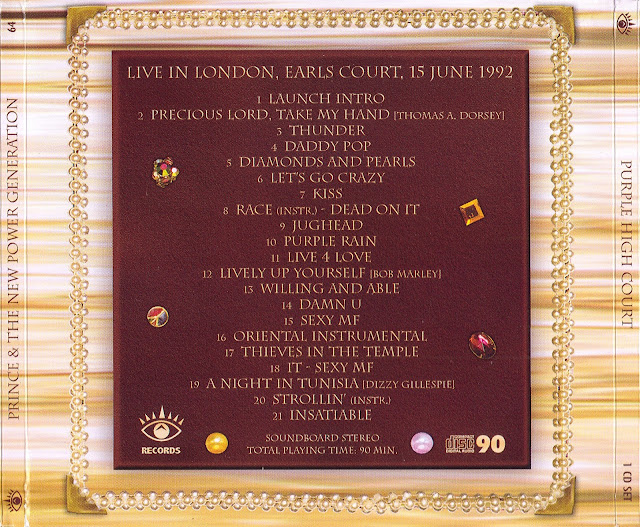 Comments
Fink's Comments  (rates this release 5.0/5.0)
Previously released by both Sabotage on 'Live 4 Love' and Fullasoul on 'The Greatest Show On Earth Vol. I', and as good as they were, this release really makes both obsolete. Sabotage's release was decent enough, but was missing around 10 minutes of the show, so can be discounted. Fullasoul's release was better with the only problems being the intro to 'Dead On It' being missing, and certain audio issues throughout 'Jughead'. "Eye" Records have attempted to correct the 1 1/2 minutes of 'Jughead', and whilst it's not perfect (far from it), it is a very decent attempt which thankfully occurs at a time when Prince isn't onstage. Likewise they have included the beginning of 'Dead On It' which was missing from both previous releases - hence making this the most complete of the three soundboard releases. One last thing worth mentioning is their addition of the spoken "countdown launch" over the opening sound FX on the show - very clever, very effective and one more reason why this is the best particular version.

The soundboard itself is above any criticism and is an impressive, clear recording. Alas, as with all other version of this show it is incomplete and ends abruptly during 'Insatiable', as with the video recordings - which all these are sourced from. As to the show itself, it is an extremely fast-paced 'Diamonds And Pearls' show from the opening night of 8 in London. Whilst the set-list is very typical of the tour, this is a great performance and a very high energy show. Packaging-wise this release is also pretty special with a fold-out digipack and 6 page booklet with stunning graphics and great attention to detail. Lastly, it should be noted that this pressed disc exceeds 90 minutes - itself something of a milestone and makes this the first of it's kind in the Prince world of unofficial releases. All in all one can't help but be floored by this release from the excellence of the audio and the work gone into mastering it, to the packaging and artwork, and onto the 90 minute pressed disc. Really rather sexy indeed.

Email ThisBlogThis!Share to TwitterShare to FacebookShare to Pinterest
Posted by plumdusty at 7:36 AM

Email ThisBlogThis!Share to TwitterShare to FacebookShare to Pinterest
Labels: Prince